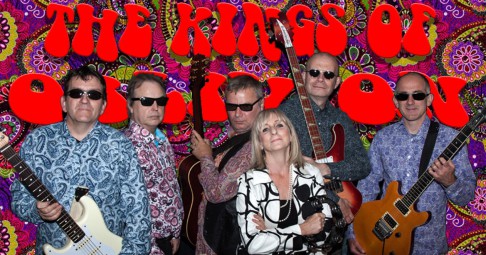 We are a six piece band based around South East London and North West Kent. Duel vocals one male, one female, guitars, bass keyboards and bass. We play covers from the 1960’s and 1970’s particularly specialising in songs from the Psychedelic era to the Glam Rock period. We were formed ten years ago by members of a CD club and have played to audiences all over London and the home counties, pubs, clubs, weddings and parties. You will recognise most of our songs straight away but some others will have you wondering where you might have heard them before. We of course dress appropriately in either 60’s flower power paisley patterned shirts or 70’s wide lapels and bellbottoms with suitably tasteless shirts to celebrate the decade that taste forgot.    A list of songs we can include can be found on our web site as well as tracks, vids, T shirts and reviews of some of our recent outings.