Mark is a singer songwriter who lives in Faversham in Kent, the garden of England.  Originally from the Essex/Suffolk border he played in bands at school and beyond. Unfortunately the 1982 sounds of 'Jon & The Plastic Lemon Boys' will be heard no more! Violin, brass, drums, bass and keyboards have all been played to varying levels of success/distress but the acoustic guitar remains his weapon of choice. Mark has a love of Atkin guitars which are hand made in Canterbury by luthier Alister Atkin and plays an OM standard and an AM dreadnought (and his trusty old Takamine Santa Fe)

After a break of over 15 years he is now embarking on a new era of playing solo - both self penned songs demonstrating a wry but positive perspective and also covers onto which he applies his own specific style. 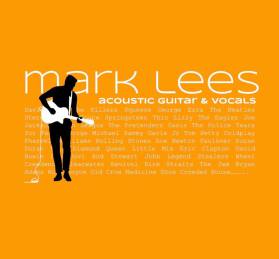