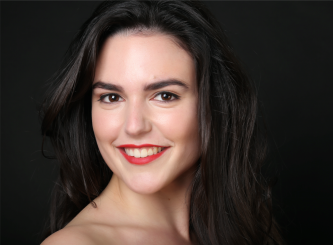 Sofia has been a popular performer in a variety of contexts, from exquisite hotels (ex: The Four Seasons in Florence, The Marriott in Cardiff), to intimate piano bars (Sandy’s Piano Bar in Oxford), and has never felt out of place. She has composed and recorded over 40 of her own compositions. In performance, she combines genres ranging from well-known pop/jazz classics to musical theatre numbers, with pit stops in opera and songs that you wish you had known before. Sofia’s ability to improvise makes her open to requests, and allows her to pick up repertoire quickly. Tailoring playlists and being flexible have been central to her career so far. She has a BA from Oxford where she read Music (2015-2018) and an MMus from the Royal Welsh College of Music and Drama where she studied Vocal Performance (2018-2019).

Born of a Venezuelan Mother, an English Father and raised mostly in France, Sofia’s musical skills reflect the international life that she led from an early age. She started playing piano in Venezuela at the age of 8 and continued when her family moved to France. She began lyrical singing at the age of 16. Whilst her formal musical education was classical, she was often noticed for her piano-bar and song-writing skills, which led her to be hired by the Conseil Régional d’Aquitaine to play for several occasions between the ages of 14 and 17.

Feel free to enquire about her repertoire list or to request any songs!

I have released an album on Spotify : Please listen here : https://open.spotify.com/album/4jugerbbvjFJO6tqOpt7iK?si=Tfs_ia6TQiG0qUOVggwAuQ